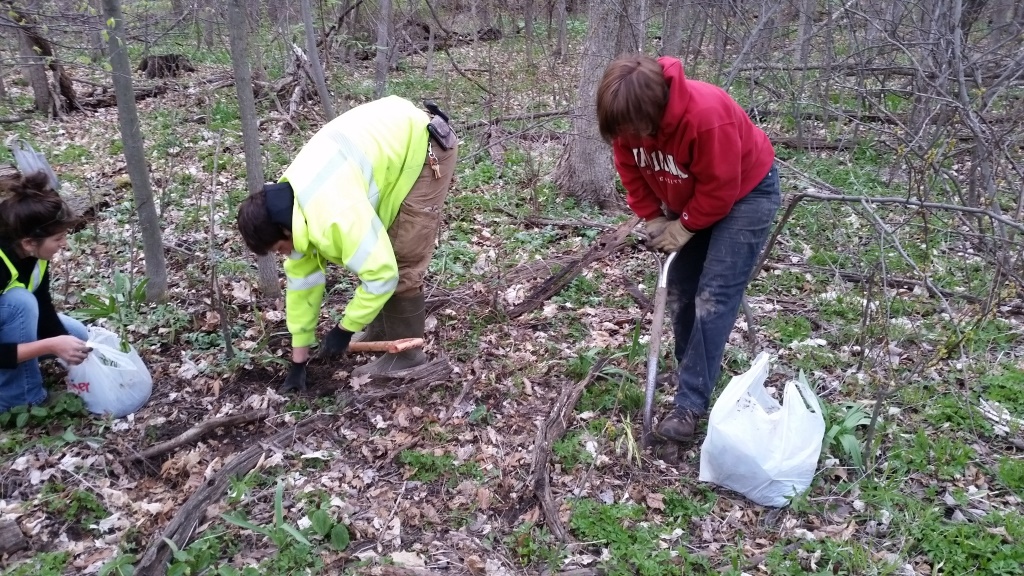 In late April AEP employees joined volunteers from the Indiana Native Plant and Wildflower Society, Orbis Environmental Consulting, Wellfield Botanic Gardens of Elkhart, Indiana, and Environmental Solutions and Innovations (ESI) to relocate native woodland plants in the path of a soon to be cleared right-of-way for a transmission line southeast of Fort Wayne, Indiana.

The group recovered more than 1,000 plants and relocated most of them to Wellfield’s woodland restoration area. Volunteers also replanted some wildflowers in their backyard gardens. Orbis and ESI had been hired by AEP Transmission to survey for potential roost trees and protected species habitat along the route. 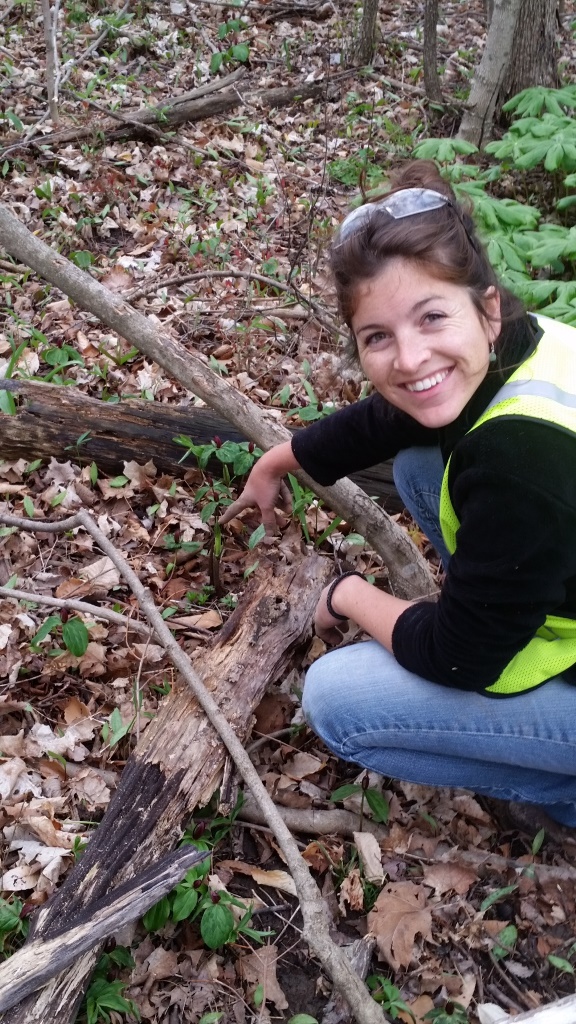 The native flora was first identified during these surveys. Prior to an electrical line construction and rerouting project, American Electric Power (AEP) hired a team of biologists from Environmental Solutions and Innovations (ESI) and Orbis Environmental Consulting (Orbis) to conduct bat emergence counts within an area that would potentially be impacted. While conducting these surveys, North Chapter member Scott Namestnik noticed a fair amount of woodland wildflowers within the area. Scott asked for and received permission from AEP for access to the property so as to rescue as many plants as we could muster.

This opportunity was passed along to our North Chapter members, and on the evening of April 27, several North Chapter members along with Orbis and ESI staff, AEP employees, and Wellfield Botanic Gardens staff and volunteers teamed up to rescue a variety of native plants from a northeast Indiana woodland. Arriving at 5:30 PM, our intrepid group immediately went to work on the area slated to be impacted. Armed with shovels, wheelbarrows, pots and repurposed grocery bags, we were able to successfully rescue many species of native flora including Ohio Buckeye (Aesculus glabra), Narrow-leaved Wild Leek (Allium burdickii), Wood Anemone (Anemone quinquefolia), Jack in the Pulpit (Arisaema triphyllum), Cut-leaf Toothwort (Cardamine concatenata), several sedges (Carex spp.), Dutchman’s Breeches (Dicentra cucullaria), Yellow Trout Lily (Erythronium americanum), Toadshade Trillium (Trillium sessile), and Blackhaw Viburnum (Viburnum prunifolium). Working until dusk, our team then loaded the rescued plants onto a trailer provided by Wellfield, where they were transferred back to the botanical garden for replanting into Wellfield’s woodland restoration area. As an added bonus, volunteers were permitted to take 50% of the plants that they dug for use in their own gardens and landscapes. INPAWS is grateful for our volunteers and for AEP for allowing us this opportunity.